Dogecoin price has been on a steady and tiring downtrend since May 8. After a brief dip below the range low, DOGE has reclaimed it, indicating that the buyers might have come to the rescue.

Although undecided for now, an uptrend could stem here if the bullish momentum continues to accrue.

Dogecoin price has shed roughly 73% from its all-time high at $0.745 on May 8, portraying the depth of the current sell-off. While DOGE did slide below the range low at $0.194, it has recovered relatively quickly, suggesting that the buyers have come to the rescue.

VeChain price to follow historical precedent, as VET braces for a 27% decline

VeChain price triggered a head-and-shoulders topping pattern yesterday, confirming the fragility of the price structure plotted since the June 22 low. The mild VET rebound today does not disrupt the bearish outlook, and all the evidence continues to point to at least a break of the June 22 low of $0.059. 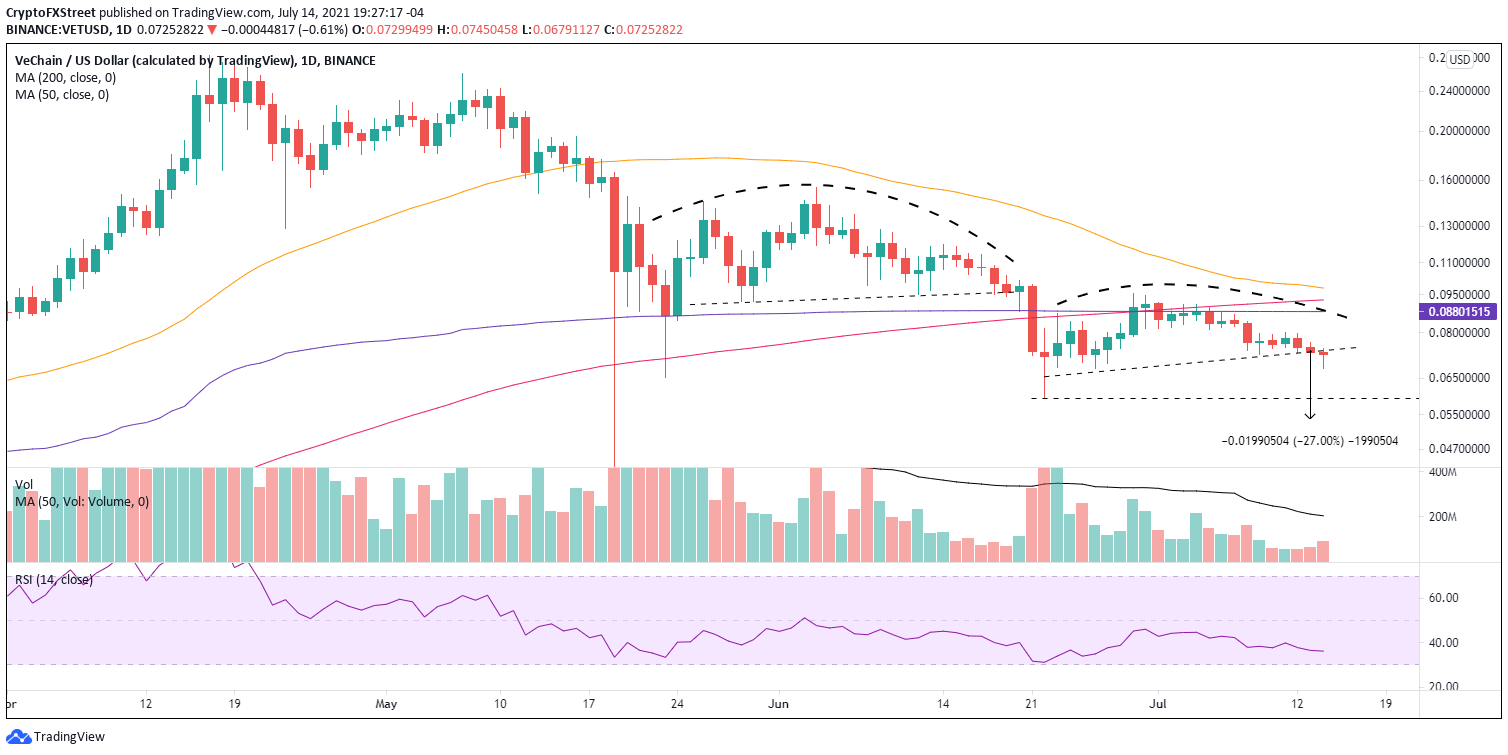 AXS Price Prediction: Axie Infinity may be on the brink of a 30% decline

AXS price has displayed incredible relative strength since the June 22 low, outpacing all of the cryptocurrencies on the watchlist by a sizable margin. The resulting overbought condition and elevation to an important Fibonacci extension level introduce some doubt about the rally’s sustainability from the current price. It is time to contemplate a minor correction for Axie Infinity to release the price compression in the coming days. 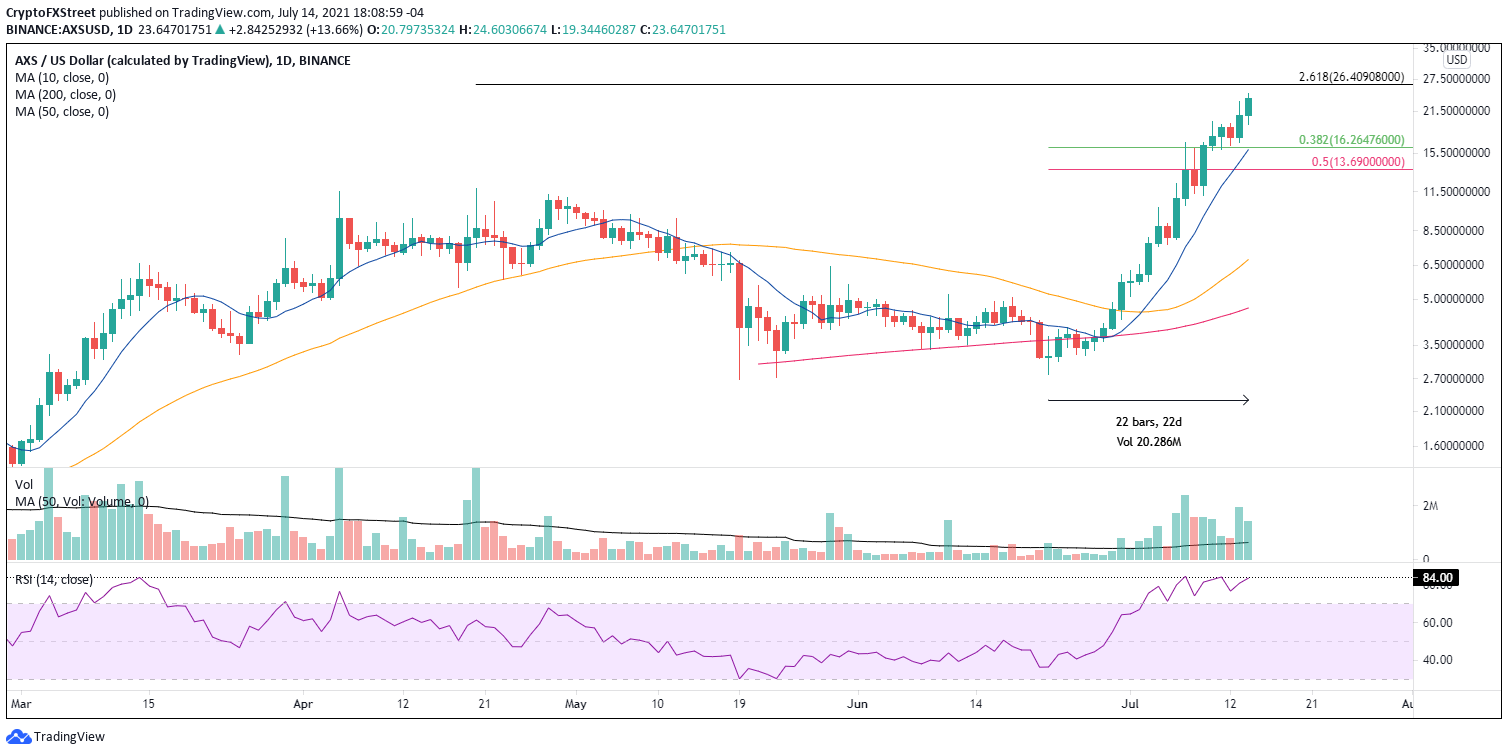