Elon Musk, the Tesla big boss, sent an email to executives announcing layoffs and a global recruiting freeze. Multiple news sites reported on Friday that he ascribed the decision to a “super bad feeling” about the economy.

With prices skyrocketing and the war in Ukraine passing its third month, the email highlighted the increasingly bleak global economic outlook for the electric vehicle giant.

Tesla Shares Drop 3.5% After The News

Following the release of the message, Tesla’s stock fell by 3.5% in early morning trade. Neither Tesla nor Musk responded immediately to the report.

Earlier this week, the billionaire faced controversy after sending a letter to the company’s employees requesting that they return to work.

Musk stated in that communication:

“If you don’t show up, we will assume you have resigned.”

Musk’s gloomy projection of a future economic meltdown and its repercussions for major car builders is the most blunt and forthright of its type in the industry.

The forecast of the world’s wealthiest individual may shed additional misery on the markets. Futures for U.S. equities plunged further into the red zone, but the crypto market stayed rather stable.

Prior to Elon Musk’s pessimistic prognostication, Tesla had around 5,000 job posts on LinkedIn, ranging from sales in Tokyo to engineers at its new Berlin gigafactory to science experts in Palo Alto. 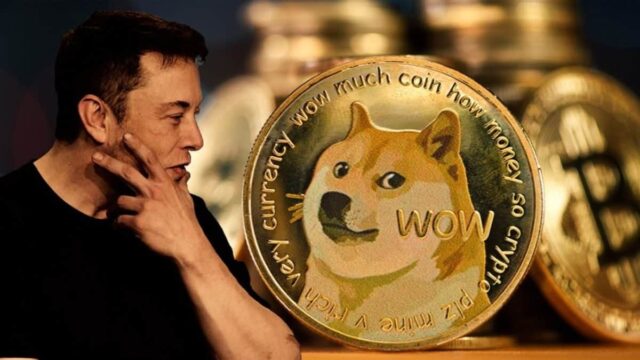 Economists and experts concur with Musk’s concerns, predicting that the United States will enter a recession as a result of skyrocketing food and gasoline prices. Increasing jobless rates can contribute to economic strain.

“I view the words as a forewarning… in the event that the economy takes a turn for the worse,” Frank Schwope, an automotive specialist at NordLB, said.

“Will they be able to act as aggressively as they need to, and obviously Elon Musk doesn’t think that they’re going to be able to, without putting the economy into a deep recession.”

Since crypto is closely linked to the stock market, further price declines could be expected.

This year’s economic turmoil has already had a negative impact on the market. Bitcoin and Ethereum have both fallen more than half of their record highs in the past week.

Rising inflation has also prompted the Federal Reserve to tighten monetary policy, which is unfavorable for risk-driven markets such as Bitcoin.

Meanwhile, Musk’s tweets, while not necessarily posted for his own financial advantage, can have a significant impact on cryptocurrency investors.

And, for sure, analysts – including those in the crypto space – will be closely monitoring the markets following Elon Musk’s uninspiring message to his staff.